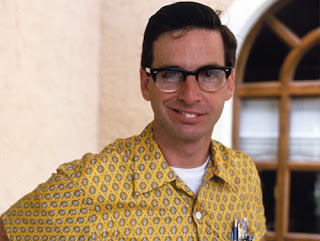 Luke just turned seven last month and the kid is already breaking balls like a pro.  This past weekend he roasted me with not one, but two well-timed zingers about my, <ahem>...interest in gadgets and computers.  The first was in the car, as we were on our way to Best Buy to pick up some Christmas gifts.


Luke: C'mon Dad, I don't wanna go to Best Buy. It's so boring!
Me: What? You gotta be kidding. It's cool there!
Luke: No way. We have to look at all those electronics.  Really?
Me: Yeah. That stuff is cool!
Luke: Yeah, you probably think so because you're a nerd.

This was followed by lots of giggling, including little Maya who didn't even know why she was laughing.  Whatever.
Later over lunch, after I had all but forgotten about the first assault I was hit with another gem. Observe how he expertly walks me into this, playing the innocent child asking Daddy about the world. Laying the bait by getting me to think he is interested in higher education and how "smart" I must be.  Then...boom.

I gotta hand it to him. It really was a well-constructed joke.  Love that kid.
Posted by jjasner at 10:02 AM