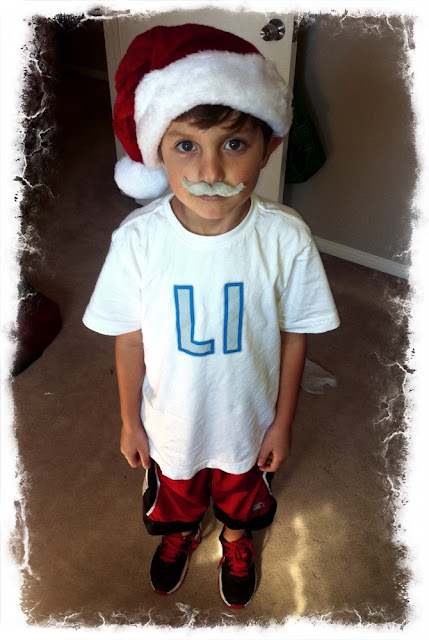 Thanksgiving is so two days ago. Some people are ready to move on.
Posted by jjasner at 3:40 PM No comments:

...for her beauty, patience, many talents and boundless love.

...for his relentless energy, moppy hair and daily hugs.

...for his sensitivity, imagination and silliness.

...for her dancing, her dimples and the diapers I am almost done changing (FOREVER!).

...for his gentle nature, protectiveness and that lethal, constantly wagging tail.

For grandparents, aunts, uncles, cousins and family who help more than they know.

For friends old and new who engage, respond, reach out, and make me laugh, cry and think.

Oh, and for Tapatío Doritos.

Posted by jjasner at 3:54 PM No comments:

Email ThisBlogThis!Share to TwitterShare to FacebookShare to Pinterest
Labels: 2011, video 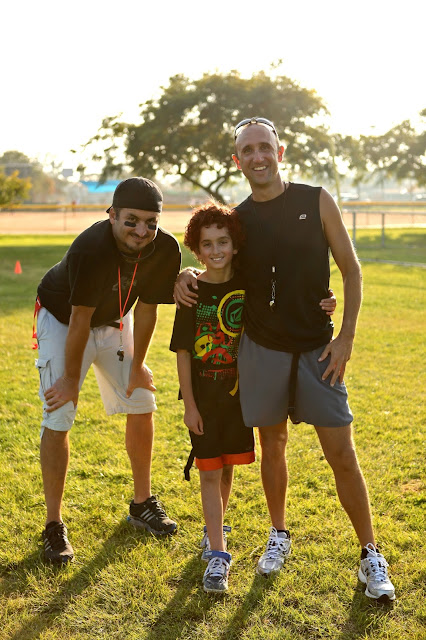 Three days ago we celebrated Max's 10th birthday by having a flag football fiesta in the park with seventeen 4th grade boys.  I had such a great time and the boys were such a crack-up, I wanted to share some of the highlights.

Heather of course expertly planned, organized and orchestrated all of the party arrangements (much like she does in our daily lives), but it was up to me to run the football game. Fortunately I had Grandpa and Uncle Mark there to assist.  We outfitted the boys in flags and eye black, with whistles for us big boys.

We split up into teams, with Mark and I each starting at quarterback for one of them while Grandpa played referee.  I had planned to go easy on the kids, but my instincts as an elite athlete took over once I lined up under center.  It was so on.  I was flinging it around the park like Brett Favre in a Wrangler commercial.  In fact, I briefly considered texting a picture of my junk to Heather because I've read that is what great quarterbacks do.  But it was a kids party. And I think she's tired of me sending those pics anyway.  Two things became clear very quickly on that opening drive.  First, the boys are very up to speed on football vocabulary and really think they know ALL of the rules (more on this later).  Second, 4th-graders kind of suck at catching footballs.  My stat line on the opening drive: 4 attempts, 0 completions, 1 interception.

Mark's first drive yielded similar results (INT) as did my second possession in which I once again failed to complete a pass.  In my defense, my boys were dropping some beautiful balls.  Of course, during each and every huddle I had 8 kids yelling how awesome they are at catching, each emphatically diagramming their route on their hand and telling me how open they were on the previous play.  It was wonderfully chaotic.
Mark and I finally "decided" to get out of the way and let the boys QB for themselves (ok, I was benched) as we took over refereeing duties from Grandpa.  I kid you not, on the very first play after I stepped out, my team completed a touchdown pass.  It was such bullshit.

Ref duty was good comedy.  After each play, someone was yelling at us with various calls demonstrating their mastery of football terminology.  "Pass Interference!"  "Unnecessary Roughness!"  There were alleged offsides, false starts, and illegal use of hands.  Someone even lobbied for an "Excessive Celebration" flag. Thank goodness we had whistles.  Those magical whistles worked to focus them back up and move on to the next play.  I'm going to start using one in the house at bed time.
Right before halftime (pizza break), my team was down by 3 touchdowns and I decided I needed to get back in there and rally the troops.  On 3rd down I shoved some kid aside and said I was taking the snap. I completed a pass that got us to about the 2-yard line.  4th and goal.  I huddled the team up and said, "We've really got to punch this one in, guys. Get open and I'll find someone in the end zone."  You could really feel it, we were having a moment.  A score here going into halftime means we're right back in this.  I set up in the shotgun with the seldom-used Trips Left and Trips Right formation.  What happened after the snap is kind of a blur.  But if Al Michaels would have been there calling the game, the play might have sounded something like this:

"He fumbled the snap!  I can't believe that loser fumbled the snap on 4th and goal!  Who let this guy in the game?  His teammates are really yelling at him, really letting him have it!  And now the opposing team is dog-piling on him and laughing!"

I seriously fumbled the stupid snap.  And as I crumbled in shame, Max and the guys from the other team did pile on laughing and thanking me.  It was a bewildering mix of feeling like the biggest idiot and the coolest Dad all at the same time.

I was benched again for most of the second half. My team did draw within two TDs late though.  As time was getting short, a few of the guys yelled over to me on the sideline and said, "Mr. Jason! We need you to QB for us again!  We need some scores!"  In that instant, my pride and ego was restored.  My team needed me.  In the very next instant, I mean less than a second later...another teammate behind me (a 10-year-old mind you) mutters this under his breath.  Not quite softly enough for me not to hear:

"Dude, have you seen his completion percentage?"

I was this close to demonstrating a new football term for him to add to his vocabulary.  But learning first-hand about the "clothesline" would probably have ruined the party. 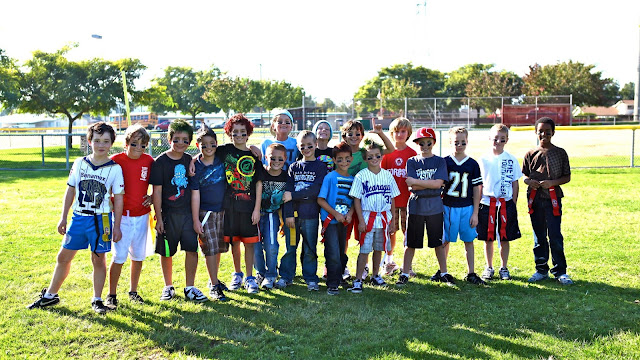 Posted by jjasner at 5:59 PM No comments: 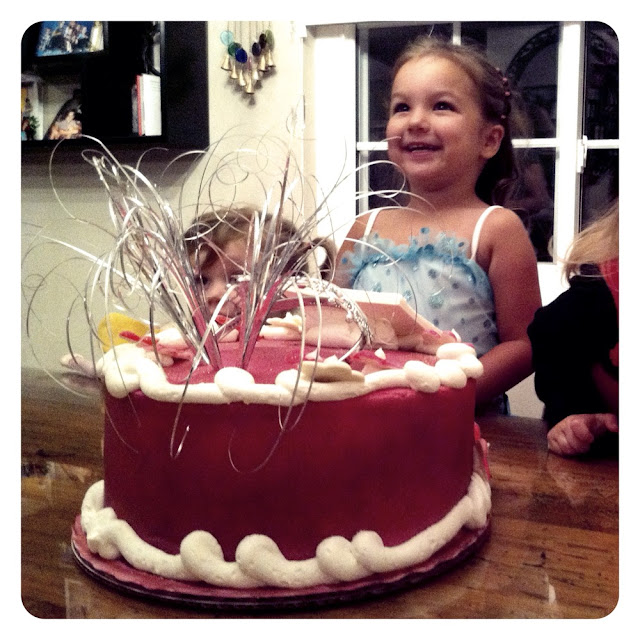 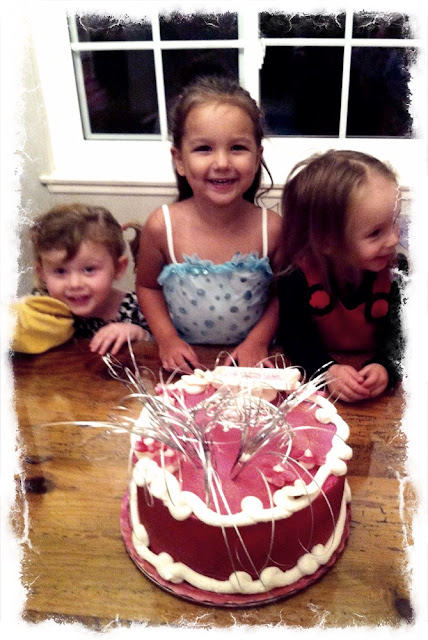 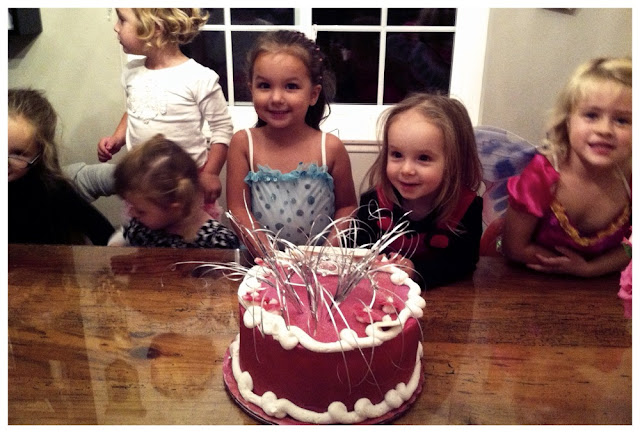 Princess Maya held court over a heck of a party tonight. I've never seen so many dolls, purses, tiaras and all other things pink. She loved it.
Posted by jjasner at 11:14 PM No comments: 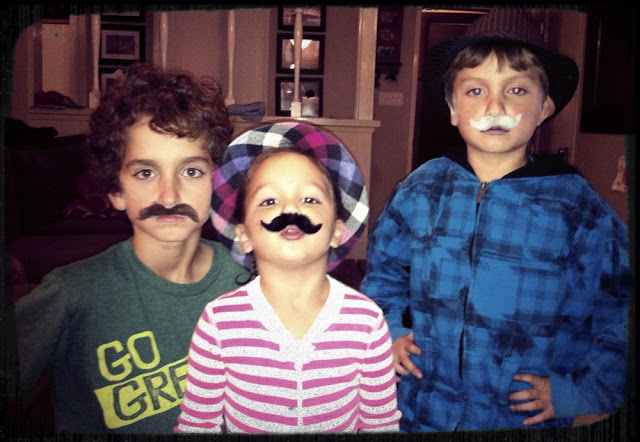 Posted by jjasner at 7:50 AM No comments: